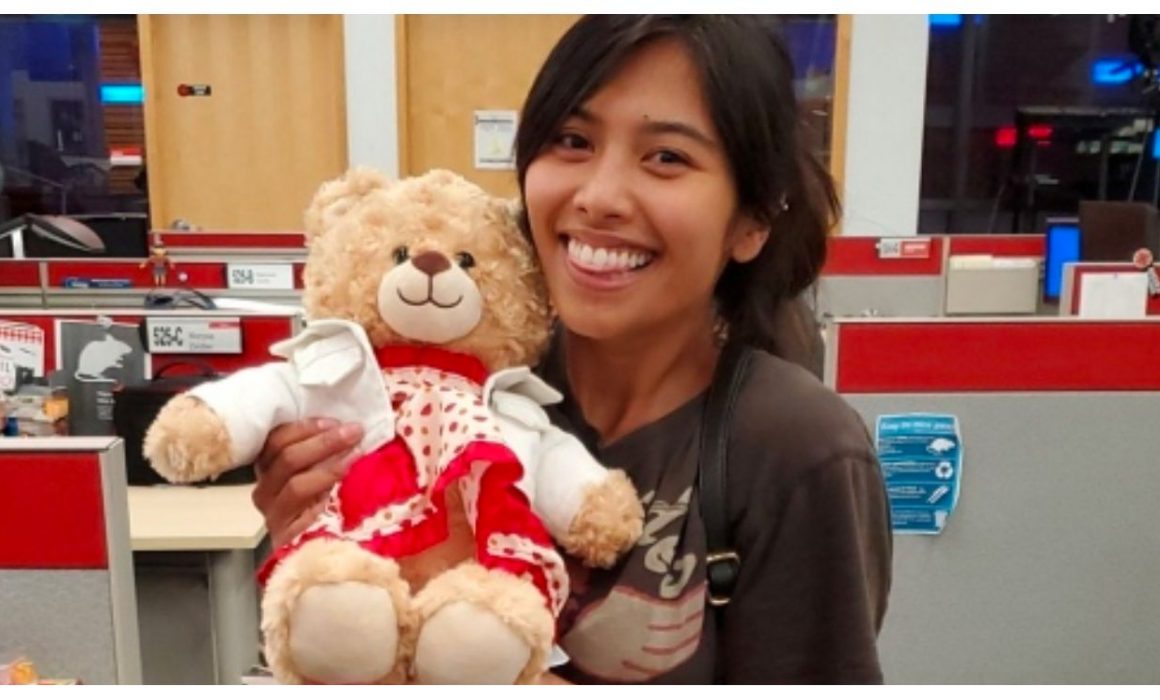 Losing a parent is one of the most painful parts of life. No matter how old we are when they leave us, it can be a heart-wrenching experience. Our memories are all that is left of them—and happy reminders of their love turn into our most valuable treasures.

That’s how Mara Soriano feels about a very special teddy bear that she tragically lost in her recent move to a new apartment.

The Build-A-Bear plush toy didn’t cost a lot, but it contained a recording of her late mother’s voice telling her that she loved her and was proud of her. The bear, called “Mama Bear,” was in a backpack that contained electronics like an iPad and a Nintendo Switch. When the bag was stolen last week during the move, the 28-year-old, was heartbroken—not for the gadgets, but for Mama Bear.

So she posted online about the item lost in Vancouver, Canada, and the story behind it, which caught one viewer’s attention in a big way.

Diagnosed with cancer 10 years ago, Mara’s mother, Marilyn, gave her daughter the bear as a gift in 2017. As her cancer progressed, until her death last June, the gift felt even more special. “That bear was basically the last reminder of the mom that I knew—it was her voice that I remembered growing up,” she said in an interview with CTV News.

Luckily, the internet did its thing and Mara’s search soon went viral. Meanwhile, Mara was out searching. She put up posters, dug through dumpsters, and communicated with others online, following any leads she could.

Actor Ryan Reynolds, a native of British Columbia, then posted a plea for its safe return. “I think we all need this bear to come home,” he wrote. Along with the message, he also offered a huge incentive for the thief—a $5,000 reward, “no questions asked.”

Vancouver: $5,000 to anyone who returns this bear to Mara. Zero questions asked. I think we all need this bear to come home. https://t.co/L4teoxoY50

Then on Tuesday night, Mara’s special bear came home. “I’m not gonna lie I kind of buckled. As soon as I saw (him) pull her out of the bag my knees just buckled,” she told CTV News. “I just started sobbing and I grabbed her out of his hands and I couldn’t let her go.”

It’s a bit of a modern day miracle that would never have happened without the wonders of social media. Mara said she got an email from a good Samaritan who told her they had the bear. Though she was skeptical, she set up a safe meeting space with a member of the media also present. Luckily, it wasn’t a scam—two unnamed people brought her the bear, safe and sound.

Mara is getting married next summer and the bear is going to have a special seat at the ceremony—the one her mother would’ve sat in. For now, she’s keeping “Mama Bear” close and sending thanks to those who helped with the happy reunion.

She tweeted an excited message of gratitude to Ryan Reynolds, who is also an entrepreneur, referencing his gin company. “BREAK OUT THE @AviationGin, @VancityReynolds!!! MAMA BEAR IS HOME!!” she wrote. Ryan seemed almost as happy.

After having wired the money to the person who returned the bear, he took to Twitter to share the news with his followers, writing, “In happier news… thank you everyone who searched high and low. To the person who took the bear, thanks for keeping it safe. Vancouver is awesome.”

Vancouver certainly is—but the moral of this story might just be that humanity totally is, too.

WATCH the video below from CTV…

SEND Some Mama Bear Love to Friends On Social Media…