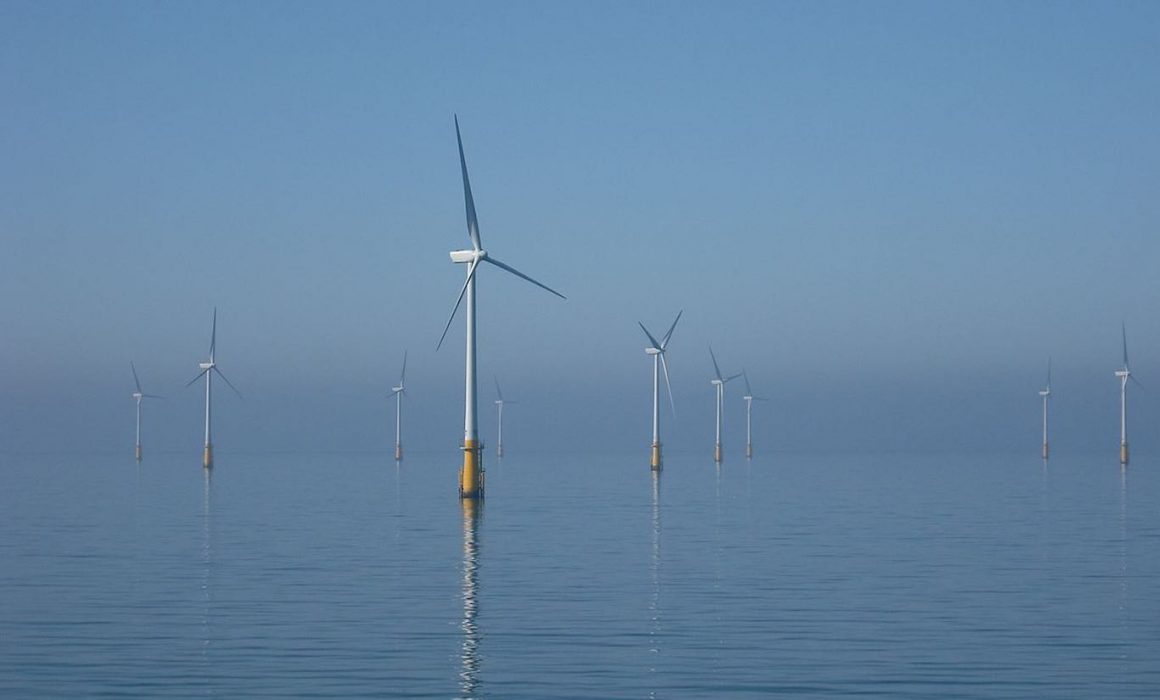 Wind energy is now so cheap in the United Kingdom that offshore wind farms could start bringing down household electricity bills, according to a new study.

Renewable energy projects, including onshore and offshore wind and solar farms, have so far been subsidized by government support schemes, which has raised some complaints about clean energy pushing up electricity bills.

However, the most recently approved offshore wind projects will most likely operate with “negative subsidies”—paying money back to the government. The money will go towards reducing household energy bills as the offshore wind farms start producing power in the mid-2020s.

This is the conclusion of an analysis by an international team led by Imperial College London researchers published last week in Nature Energy.

“Offshore wind power will soon be so cheap to produce that it will undercut fossil-fuelled power stations and may be the cheapest form of energy for the UK,” said lead researcher Dr. Malte Jansen, from the Centre for Environmental Policy at Imperial. “Energy subsidies used to push up energy bills, but within a few years cheap renewable energy will see them brought down for the first time. This is an astonishing development.”

The analysis for five countries in Europe, including the UK, focused on a series of government auctions for offshore wind farms between February 2015 and September 2019. Companies that want to build wind farms bid in the auctions by stating the price at which they will sell the energy they produce to the government.

These are known as “contracts for difference”—or CfDs. If a company’s bid is higher than the wholesale electricity price on the UK market once the wind farm is up and running, then the company will receive a subsidy from the government to top up the price.

However, if the stated price is less than the wholesale price, then the company will pay the government back the difference. This payback is then passed through to consumer’s energy bills, reducing the amount that homes and businesses will pay for electricity.

The UK’s September 2019 auction made the headlines as winning companies said they could build new offshore wind farms for around £40 per megawatt hour (MWh) of power. This was a new record set by these wind farms with bids 30% lower than just two years earlier.

While this was an impressive reduction, researchers could only speculate whether this meant offshore wind had become subsidy free or even subsidy negative, because that depends on how future wholesale electricity prices evolve.

RELATED: Global Greenhouse Gas Emissions Estimated to Fall by 8% in 2020—the Largest Recorded Drop in History

The team analyzed likely future electricity price trends and found that contracted price is very likely to be below the UK wholesale price over the lifetime that these wind farms would produce electricity, from the mid-2020s onwards.

The team say that these wind farms are likely to be built and run with these costs, since financing is now accessible at lower costs for such projects, owing to trust in the now mature technology.

A cheap tool for decarbonization

“The price of offshore wind power has plummeted in only a matter of a decade, surprising many in the field,” said Dr. Iain Staffell, from the Centre for Environmental Policy at Imperial. “The UK auctions in September 2019 gave prices that were around one-third lower than those of the last round in 2017, and two-thirds lower than we saw in 2015.

LOOK: Not Only Does New Solar Chimney Design Cut Energy Costs By 50%, It Can Also Save Lives During a Fire

“This amazing progress has been made possible by new technology, economies of scale and efficient supply chains around the North Sea, but also by a decade of concerted policymaking designed to reduce the risk for investing in offshore wind, which has made financing these huge billion-pound projects much cheaper.

“These new wind farms set the stage for the rapid expansion needed to meet the government’s target of producing 30% of the UK’s energy needs from offshore wind by 2030. Offshore wind will be pivotal in helping the UK, and more broadly the world, to reach net-zero carbon emissions with the added bonus of reducing consumers’ energy bills.”

One reason the price of offshore wind has fallen so rapidly is technology development, in particular the ability to build larger wind turbines further out at sea. Larger turbines can harness more wind energy and have access to more consistent wind speeds at higher altitudes.

The biggest wind turbines under construction have rotor diameters of 220 meters—twice the diameter of the London Eye. At the same time, wind farms are getting larger; the newest wind farm at Dogger Bank has the same installed capacity as Hinkley Point C and is expected to produce about two-thirds of its annual electricity.

The success of UK offshore wind farms, which are now primarily built in the Dogger Bank region of the North Sea, also means the UK has considerable skills and expertise than can be exported around the world.

The researchers also say this success means even more ambitious projects may now be attempted at offshore wind farms, such as producing hydrogen fuels using the wind power on site, out at sea. Hydrogen fuels could be another key technology in helping decarbonize the UK, by replacing petrol used in transportation and natural gas used for heating homes.