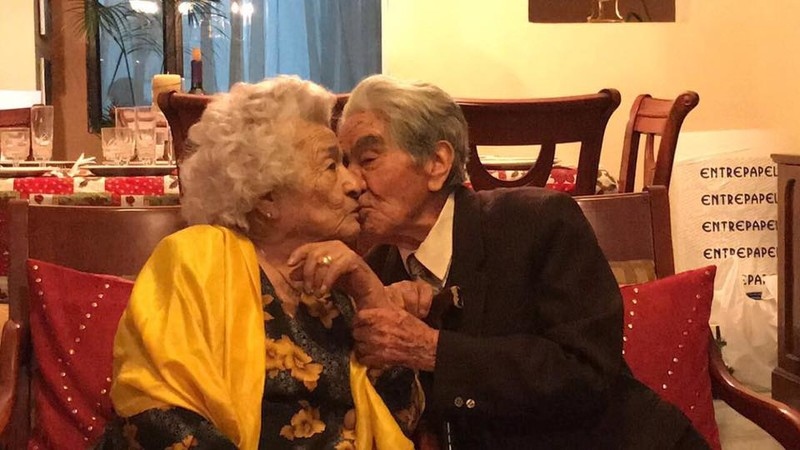 This sweet Ecuadorian pair had their wedding nearly eight decades ago. Now, 79 years after tying the knot, they’ve been officially named the world’s oldest married couple.

RELATED: Scientist’s Dream Was to Visit the Moon–After His Death, He Finally Made It There

Born in Ecuador before the invention of television, they met when Waldramina went to see her sister during school vacation. Julio Cesar lived in her sister’s apartment building. The pair met and became fast friends.

Julio Cesar fell in love with Waldramina’s beauty, her conversation, and her big heart.

Waldramina found in Julio Cesar a poet with a young spirit.

Seven years later, the captivated pair said ‘I do’ on February 7, 1941 at the oldest church in Quito: La Iglesia de El Belén.

“It is true that at this time it is difficult because we are overwhelmed by the pandemic that affects the world and we still do not have a solution. However, the first step for us to follow the rules with respect and love the life.”

“Respect and love the life.” That sounds like just the right words to live by right now.