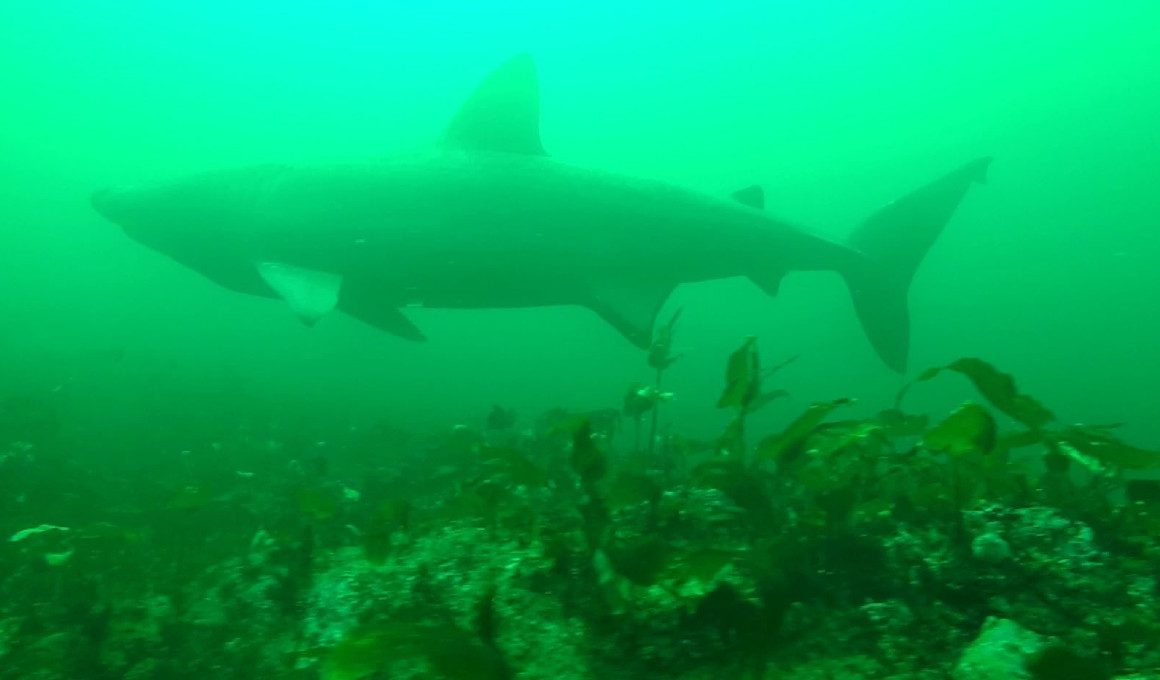 A ‘SharkCam’ underwater vehicle (AUV) is one of the world’s ‘most advanced’ pieces of animal tracking technology. It was used in the Hebrides off Scotland’s west coast for the time last summer to observe and gather footage of basking sharks, the world’s second-largest fish after the whale shark.

Little is known about the underwater traits of the globally endangered species—filter feeders that eat plankton and grow to around eight metres in length—despite
basking sharks being prevalent in Scottish waters.

So the SharkCam recorded the behavior of three such sharks from a distance as they swam off the coast of Coll and Tiree.

Analysis of the footage revealed the sharks spending an unexpected amount of time swimming near the seabed, a behavior which has not often been reported.

Notably, the sharks were not seen to be feeding, which researchers believe adds weight to the theory that the species visits Scottish waters not to feed but to breed.

Dr. Suzanne Henderson, NatureScot Marine Ecosystems manager, said, “While we weren’t lucky enough to capture courtship or mating behavior on camera this time, this innovative study has shed more light on the lives of these spectacular giant fish.

“The fact that the sharks spent much more time swimming just above the seabed than we previously thought, and with their mouths closed, is really interesting, particularly as the species is often seen as a pelagic or near-surface filter-feeding shark.

“It suggests we may have to rethink not only how many basking sharks are in Scottish waters, but why they are here, as it’s likely not only the plankton they come for.”

Dr Lyndsey Dodds, head of Marine Policy at WWF UK, which helped support the AUV study, said, “These missions have given us a wonderful new window into the mysterious underwater world of this huge fish, highlighting previously unseen behavior, close to the seabed.

“And the more we know about basking sharks, the better we can protect them.”

Amy Kukulya, WHOI research engineer and SharkCam principal investigator, noted, “Every time we deploy our tags and SharkCam, not only do we observe something unexpected, but we collect valuable insights that enable us to keep improving this revolutionary technology.

RELATED: Two Beluga Whales Are Free for the First Time Since 2011 With a New Life On The Icelandic Coast

“Longer tracks and a larger sample could uncover why these amazing animals are hugging the seafloor.”

SHARE The Exciting Shark News With Your Friends on Social Media…