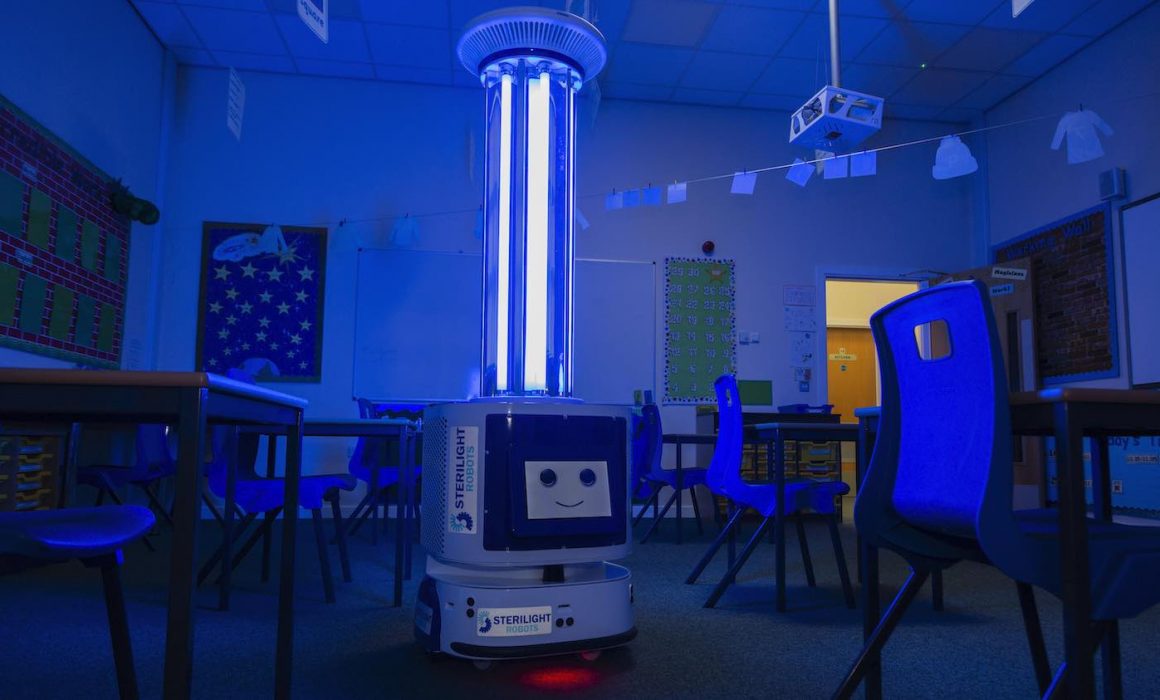 A school has employed ROBOT cleaners to disinfect classrooms in a bid to make them Covid-19 safe for returning pupils and teachers.

The autonomous self-cleaning droids have been used in hospitals and airports before, but this is the first time the pioneering technology has been used in a school.

When the school is empty, the machine can patrol the classrooms and corridors, blasting out a powerful UV ray onto surfaces to break down the DNA-structure of any virus.

Whereby humans can inadvertently miss certain areas when cleaning, the Sterilight Robot completely takes care of that by using light instead of direct contact with liquid.

“Similar technology was used against SARS a decade ago and was used in hospitals,” said Oualnan. “We built on that to deal with coronavirus.”

Users now only need to drive the robot around the room once, allowing it to scan the environment and create a digital map.

Operators are able to map out the route customizing the direction and speed, before leaving the room to let Sterilight do her thing.

These robot cleaners are made to kill 99.9 percent of bacteria, and can sterilize a classroom in 10-15 minutes.

Based in West Yorkshire, Apollo Healthcare Technologies manufactures a variety of medical equipment for sales in the United Kingdom and Ireland—and, recently expanded into Australia and Hong Kong.

SPREAD Some Germs of Positivity By Sharing This On Social Media…