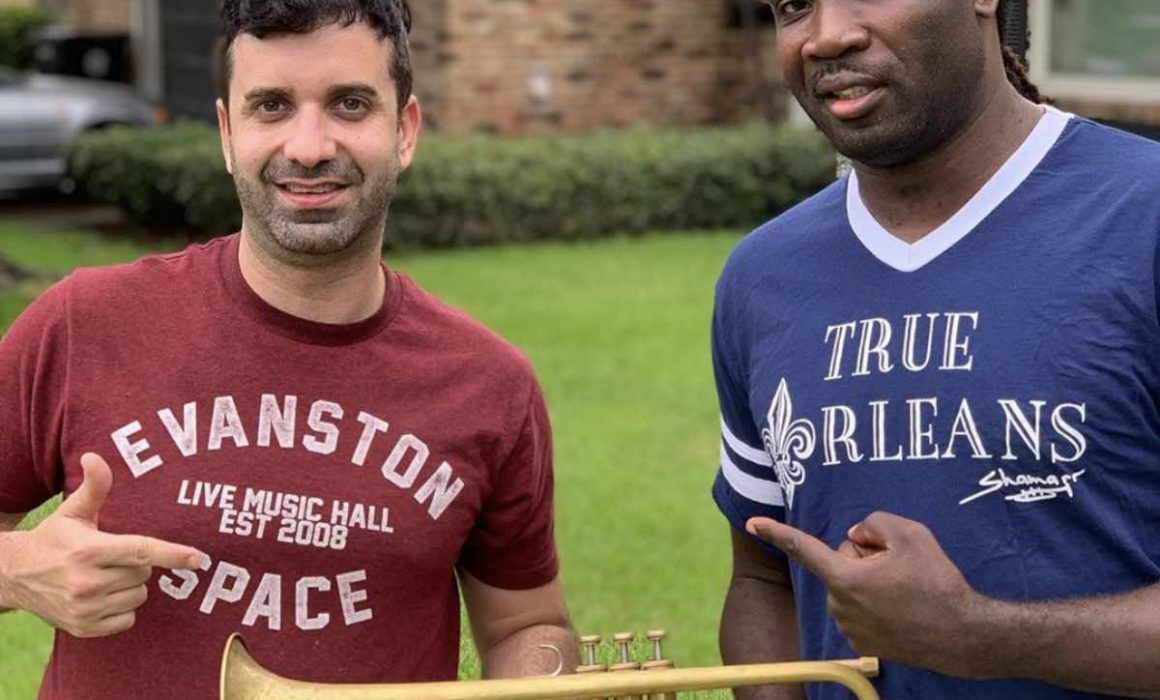 New Orleans is famous for its jazz music, but the city also has a problem with gun violence, something that local jazz trumpeter Shamarr Allen experienced while he was growing up.

After hearing of the fatal shooting of a boy from the city’s 7th ward, he thought he might be able to turn the surplus of trumpets lying around his house into meaningful opportunities for changing the tune played by kids who might be susceptible to gun violence.

“People don’t understand that these kids are trying, and wanting to do other things,” Allen told NPR. “But there’s just nothing for them to do.”

Allen posted a simple quid-pro-quo offer on social media which read “To the youth of New Orleans, bring me a gun, and I’ll give you a trumpet, no questions asked.”

In order to ensure total secrecy, because Allen guessed the kids wouldn’t make the switch if they feel they couldn’t trust him, he contacted the mayor, who put him in touch with the chief of police. The police department agreed that they would accept the guns without any strings attached and without asking anything about the kids.

According to Allen, officials were as happy as he was just to see the weapons off the street.

So far Allen has collected 4 guns—and completely depleted his stock of spare trumpets. One of them was a handgun with ammunition given to him by a young girl.

“I would never suspect that she would have [a gun]. And she was the most excited about getting [a trumpet],” said Allen.

Hoping to continue the success despite losing all his trumpets, Allen garnered the support of local musicians who have volunteered to give free music lessons to anyone who puts down the gun and picks up music. Additionally, an online fundraiser allowed him to collect $34,800 for musical instruments and supplies. He has also received a number of instrument donations for his program, he now calls Trumpet is My Weapon.

The trumpet was the first thing that inspired Allen as a youth to believe there was actually a “whole other world out here,” and he hopes it will have the same effect on the children he meets.