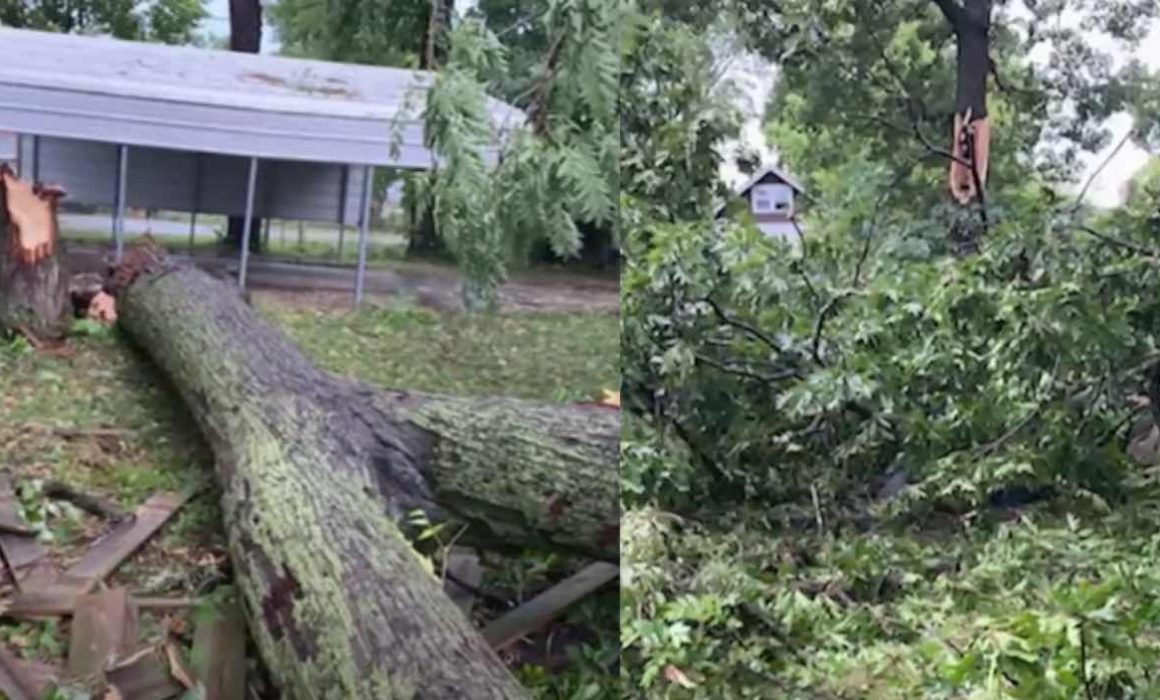 The Roosevelt High School football team came to the rescue last week for a paralyzed man and his family after a Derecho wind storm battered the neighborhood with 100mph winds.

Ray has been paralyzed for decades, cared for by his two sisters in Des Moines, Iowa. When four giant trees came crashing onto his property destroying a privacy fence, the ladies called some old friends to see if they could borrow a chainsaw.

‘You need more than a chainsaw,’ was the response.

Instead, Doug Applegate called in some Top Guns: 30 team members of the Rough Riders football squad.

The teens worked with chain saws and muscle, and less than three hours later, the yard was cleared of tree limbs—man more than 24 inches in diameter. The fence was also repaired and back in place.

“That’s just really what people in Iowa do, we help each other out,” Jackson Neary, a HS senior told KCCI News.

RELATED: Good Samaritans Shock Stranger in a Parking Lot Offering to Transport Their Appliance When it Doesn’t Fit

Ray’s sister Janice Love broke down in tears when trying to thank the group after the clean up was completed.

But Ray knew just what to say: “Go, Rough Riders!” he exclaimed softly, while sporting a huge smile.

SPREAD the Kindness And Love on Social Media…