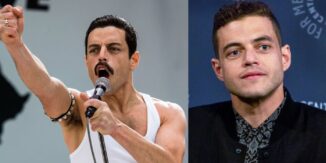 55 years ago today, Are You Experienced, the debut studio album by the Jimi Hendrix Experience, was released. The LP, which came out first in the UK, was an immediate critical and commercial success, and it is widely regarded as one of the greatest debuts in the history of rock music. Ranked 30th on Rolling Stone’s 500 Greatest Albums of All Time 2020 edition, the album sold more than 5 million copies worldwide. Songs like Purple Haze, Foxy Lady, Hey Joe, and The Wind Cried Mary, are among the most treasured and recognizable cuts by the great man, all of which were contained on Are You Experienced. READ a little more about the album production… (1967)

With a limited budget, producer Chas Chandler worked with Hendrix to complete as much pre-production in his apartment as possible, including the drum and bass parts, which didn’t involve that much of Mitch Mitchell and Noel Redding’s input as a means to expedite the process. He selected to do many of the recordings at Olympic Studios in London due to superior technology and equipment.

“Jimi threw a tantrum because I wouldn’t let him play guitar loud enough,” Chandler documented during the recording of Hey Joe. “He was playing a Marshall twin stack, and it was so loud in the studio that we were picking up various rattles and noises.” Chandler then, having Hendrix’s passport and immigration papers in his back pocket, put them on a table and told him to “piss off” to which Hendrix replied, “all right, you called my bluff.”

In 2005, Are You Experienced was one of 50 recordings chosen by the Library of Congress to be added to the National Recording Registry, which selects recordings annually that are “culturally, historically, or aesthetically significant”.

Happy 41st Birthday to Rami Malek, the actor who was perfectly suited for the role as Queen frontman Freddie Mercury in the film Bohemian Rhapsody, which earned him a Golden Globe, SAG award, and the Oscar for Best Actor in a Leading Role.

Born in Los Angeles to Egyptian immigrant parents, he rose to prominence depicting a computer hacker in Mr. Robot, which won him an Emmy for Best Lead Actor in a Drama series in 2016.

His parents harbored dreams of him becoming a lawyer, so he joined the debate team in high school. Though he struggled to form arguments, his debate teacher noted his talent in dramatic interpretation and encouraged him instead to perform a one-man play at the competition. Reflecting on the moment, he said, “On stage I’m having this moment and thought, ‘Wow, something really special is happening here.’” It was the first time he saw his father become emotional, and his parents’ positive reaction to his performance left him feeling free to pursue his acting career. WATCH the ‘Becoming Freddie’ video and interview with Rami… (1981)

On this day 20 years ago, former President Jimmy Carter arrived in Cuba for a five-day visit with Fidel Castro—the first U.S. President to do so since Castro’s 1959 revolution. 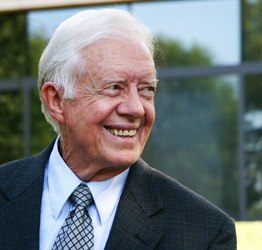 He called for many of the reforms that came to pass during the next decade and a half. Trudy Rubin wrote about Carter’s visit in the Philadelphia Inquirer: The former president called for unrestricted travel between the US and Cuba, open trade, and an end to the embargo. He wants a massive student exchange between U.S. and Cuban universities. Speaking in Spanish on national television, Carter told Cubans they have an inherent right to democratic freedoms: the right to choose their leaders, speak freely, organize political parties, and have fair trials. He noted that the United States is far from perfect on human rights issues, but that Americans have the right to change their leaders and laws. (2002)

202 years ago today, Florence Nightingale was born. The Englishwoman came to prominence for her pioneering work in nursing, tending injured soldiers in the Crimean War, and laying the foundation for professional nursing. 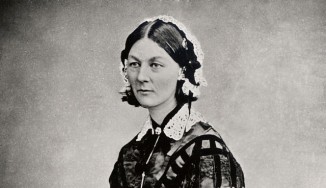 She studied mathematics and became a trailblazer in the field of epidemiology, using statistics to track the number of deaths, and proved that more soldiers were dying from diseases they picked up in hospitals than they were from battlefield wounds. After she improved sanitation, washing hands and surfaces, she tracked the reduction in incidental deaths, with mortality dropping from 40% down to just 2.2% in one year.

She was also a pioneer in data visualization—using infographics to present statistical data, and urged every hospital to collect data. Her beliefs improved healthcare for all sections of British society during the Victorian era.

Nightingale founded St. Thomas’s Hospital in London as the first secular nursing school in the world, which paved the way for many women to join the workforce. This day is now honored as International Nurses Day. She later wrote her memoirs and lived til she was 90-years-old. On Monday, the bicentennial of her birth was honored across the UK—including at St. Thomas Hospital London, where a projection dedicated to her was displayed on the side of the building at a time when nursing has become one of the most important vocations in society. (1820)

And, Happy 54th Birthday to skateboarder Tony Hawk, who turned pro as an awkward 14-year-old. He was often airborne, and became known as the Birdman. At 6’3”, he completed the first documented “900” in history. Thought to be impossible at the time, he spun 2½ times in mid-air before landing successfully on the half-pipe. He was featured in a popular video game series, and has funded various philanthropic activities, such as building skateparks in underprivileged areas. (1968)

WATCH a video made on his 50th—“50 Tricks at 50”—revisiting maneuvers he created during his career, and performed some of them for the last time… “They are not as easy as they use to be,” Hawk says. But he completed ALL of them to celebrate his creative life at the half-century mark.