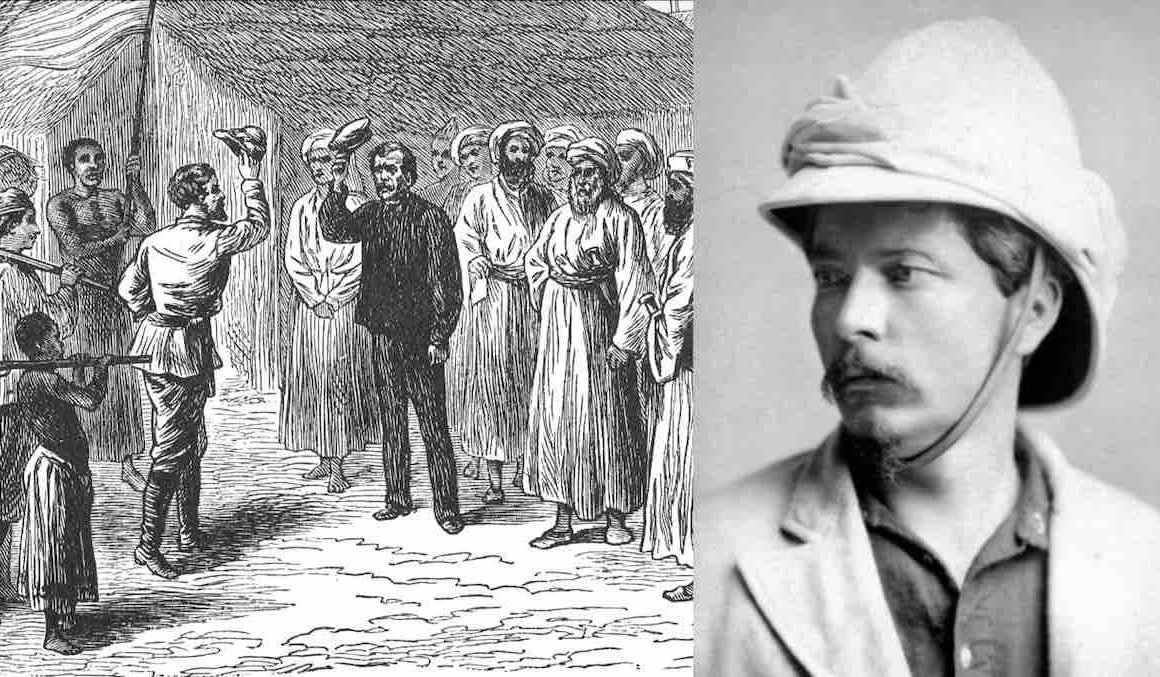 150 years ago today, journalist Henry Stanley began his trek from Zanzibar on a secret mission to find a missing explorer, missionary David Livingstone.

The Wales born British-American had been sent to find him by the New York Herald newspaper because Livingstone was one of the most popular British heroes of the late 19th-century.

The Scottish Christian missionary’s fame as an explorer of Africa was built upon his mapping of rivers there and his obsession for learning the source of the Nile.

After he was not heard from for years, the later-knighted Sir. Stanley, intent on a scoop, set off with a well-equipped caravan backed by American money, making his way for 8 months through a country disturbed by fighting and illness to Lake Tanganyika, where he found the hero, ill and short of supplies, and greeted him with the now-famous words, “Dr. Livingstone, I presume?”

The two then proceeded to explore the region together, and discovered there was no connection between Africa’s Great Lake and the north-flowing Nile. On Stanley’s return, he wrote a book about his experiences: How I Found Livingstone; travels, adventures, and discoveries in Central Africa. (1871)

Happy 63rd Birthday to the ‘actor’s actor’ Gary Oldman, who finally won an Academy Award for his 2018 lead role as Winston Churchill in Darkest Hour. Regarded as one of the greatest screen actors of his generation, he has portrayed Lee Harvey Oswald, Beethoven, and Sid Vicious; and played Commissioner Gordon in the The Dark Knight Batman trilogy, as well as Sirius Black in the Harry Potter series. WATCH a YouTube video to see what great actors say about him… (1958)

And, 36 years ago today, Canadian paraplegic athlete Rick Hansen began his circumnavigation of the globe in a wheelchair to raise money for spinal cord injury medical research.

41 years ago today, Pink Floyd’s single, Another Brick in the Wall, hit No.1 on Billboard, beginning an 11-week domination at the top of the charts. From their rock opera album The Wall, written by bassist Roger Waters, it is a protest song against rigid schooling—and features a local elementary school choir. Called (Pt. 2), it became their only No.1 single in the U.S. and U.K., and many other countries—and it sold over four million copies worldwide. 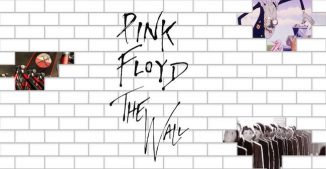 The British band recorded the children singing at Islington Green School, close to Pink Floyd’s studio. Alun Renshaw, head of music at the school, was enthusiastic, and said later: “I wanted to make music relevant to the kids – not just sitting around listening to Tchaikovsky. I thought the lyrics were great – ‘We don’t need no education, we don’t need no thought control’ … I just thought it would be a wonderful experience for the kids.” Renshaw hid the lyrics from the headteacher, fearing she might stop the recording. At the suggestion of producer Bob Ezrin, they also added elements of disco—and the song even reached number 57 on the disco chart.

The full LP, The Wall, also hit No.1 on the US album chart for a 15-week run. The group’s third US No.1, it went on to sell over 23 million copies in the US alone. The Wall is still the third largest grossing album in the US, behind Michael Jackson’s Thriller and Eagles’ Greatest Hits. WATCH the band’s official animated music video… (1980)