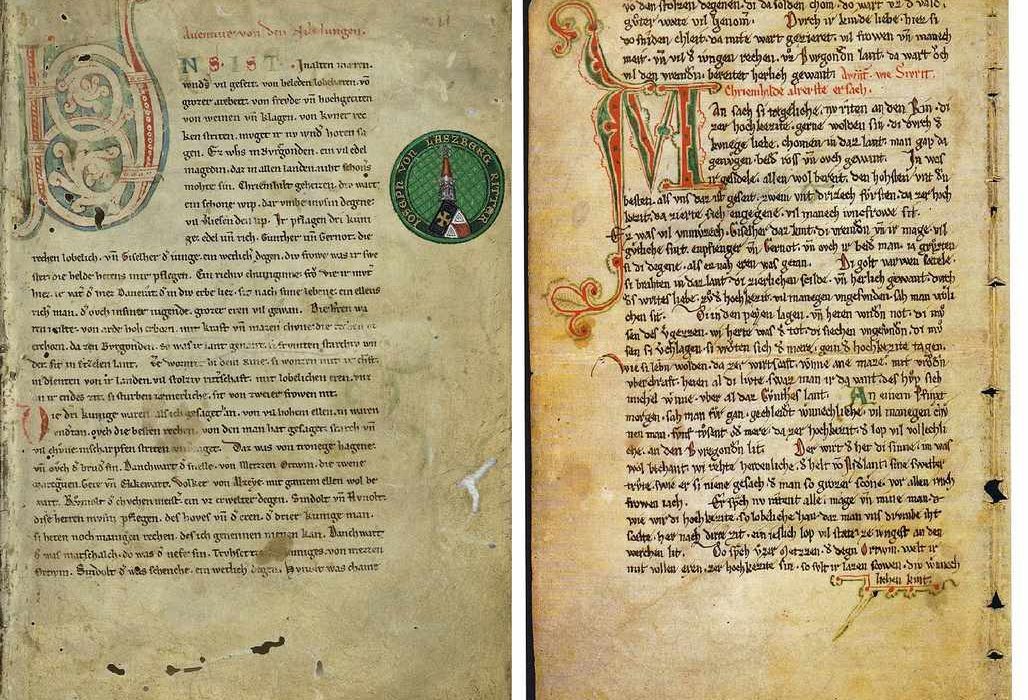 267 years ago today, the Medieval epic poem, Nibelungenlied was rediscovered in the library of Hohenems Castle in Vorvarlberg, Austria, rekindling interest in the epic. It is the oldest known epic poem to be composed in the German language, bringing about its moniker of the Germanic Iliad. It is believed to have been composed by an unknown poet or poets in Passau, near the Danube area in Austria, and recounts a legend of Siegfried and the destruction of the Burgundians by the Huns during the 5th and 6th centuries, during the great migration of Germanic peoples, the famous Volkswanderung. READ the dramatic opening lines… (1755)

The first stanzas make one remember the opening words of Conan the Barbarian, when Japanese American actor Mako says, “now, I will tell you tales of high adventure!”

In ancient tales many marvels are told us:
of renowned heroes worthy of praise, of great hardship,
of joys, festivities, of weeping and lamenting,
of bold warriors’ battles—now you may hear such marvels told.

There are 37 manuscripts in total that make up the knowledge base of the poem, with 13 in Codex’ A, B, and C are entirely complete, and which date from the 13th century, with each one passing the tale onto perhaps another poet, or another generation. The following material was added later. One major detail changed between the 13th and 16 centuries, and that was the ending of the story, which is a darn tragic one. It’s theorized the audience had not enjoyed that ending.

There is a similarity to the sagas of the Norwegian Kings, and of the Icelanders, in that the Nibelungenlied involves family blood feuding. It’s thought that at least some of these sagas were composed as a warning against revenge killing, as it tends to weaken the community as a whole, and rarely leaves a winner, since there will almost always be another relative seeking revenge.

66 years ago today, the Interstate Highway System was established in the U.S. to create a national road grid that today totals 48,440 miles across all 50 states (78,000 km).

It ushered in the first national road numbering system for cross-country travel and they all have unified sign design.

Completed in 1992, the cost of constructing the Interstate Highways was about $114 billion, but the roads are owned by the state in which they were built.

As a result, American Interstate Highways use a numbering scheme in which primary Interstates are assigned one- or two-digit numbers, and shorter routes which branch off are assigned three-digit numbers where the last two digits match the parent route—like Interstate 95 feeds 295 and 395, when it flows south from Washington, DC. (1956)

And, on this day in 2004, Randy Johnson became only the fourth pitcher in Major League Baseball history to reach 4,000 career strikeouts.

In 2004, at the age of 40, Johnson also became the oldest pitcher in history to throw a perfect game, and is one of seven pitchers who have thrown both a perfect game and a no-hitter in their careers. The lanky six-foot-ten-inch California lefty retired with 4,875 strikeouts—the second most for any pitcher.

27 years ago today, the NASA Space Shuttle Atlantis kicked off a new era in international space cooperation by achieving the first docking with the Russian space station Mir. 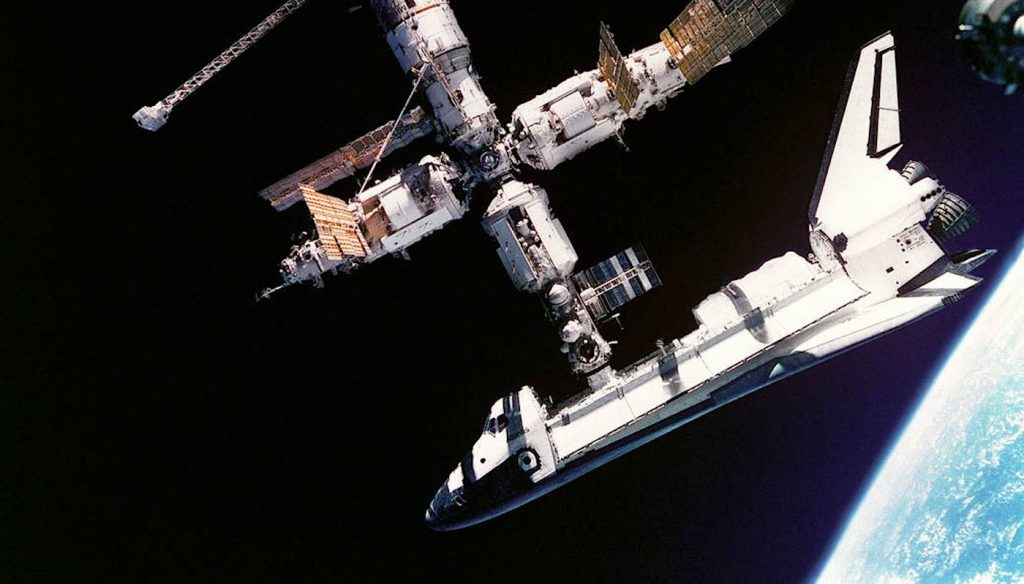 Beyond the Mir docking, the mission of Atlantis flight STS-71 included a series of spacewalks to reconfigure the station for docking and launching the new Spektr module on Mir that contained U.S. research hardware.

The flight also marked a number of historic firsts in human spaceflight: It was the 100th U.S. human space launch conducted from Cape Canaveral on the Florida coast; the largest spacecraft ever in orbit; and first in-orbit changeout of a shuttle crew.

For the docking, Shuttle Commander Hoot Gibson positioned Atlantis directly below Mir, so that the Earth’s gravity naturally braked the orbiter’s approach “up” to Mir. The final approach rate of about an inch per minute ended 216 nautical miles above Russia’s Lake Baykal region, with a nearly perfect docking, off by less than one inch and one half a degree. (1995)

And on this day in 2007, the first Apple iPhones—designed for 30 months at a cost of $150 million—went on sale in America.

With its touchscreen and intuitive design, the smartphone was a game-changer for mobile phones, selling 6.1 million units in 15 months. 2.2 million apps are now available from third-party developers that extend the capabilities of the phones to almost anything imaginable. (WATCH Jobs Introduce the New Product at MacWorld, below)

And on this day in 1936, Harmon Killebrew, the legendary baseball player, was born in Idaho. For the Minnesota Twins and Washington Senators, Killebrew was a prolific power and distance hitter who, at the time of his retirement, was second only to Babe Ruth in American League home runs (and only Alex Rodriguez passed him as a right-hander). 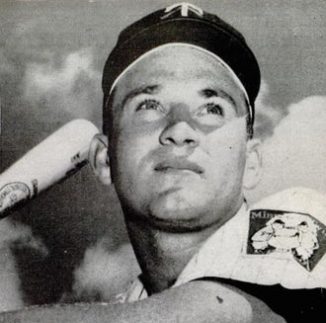 Despite his nickname, “The Killer”, Killebrew was a quiet, kind man who raised money for leukemia and cancer research and promoted children’s sports through community service. Killebrew hit several record-distance home runs, including a 520-footer in the old Minnesota stadium. His first home run in the Majors was also a monster: “Frank House was the catcher. When I came to the plate, he said, ‘Kid, we’re going to throw you a fastball.’ I didn’t know whether to believe him or not. I hit it out. It was one of the longest home runs I ever hit. As I crossed the plate, House said, ‘That’s the last time I ever tell you what pitch is coming’.”

Also, Happy 67th Birthday to ‘Men At Work’ singer Colin Hay, The Scottish-Australian musician is most known for his massive hit ‘Down Under‘, which hit No.1 in both UK and America. In a solo career afterward, he recorded this sweet ballad, “Waiting for my Real Life to Begin”. WATCH it LIVE… (1953)