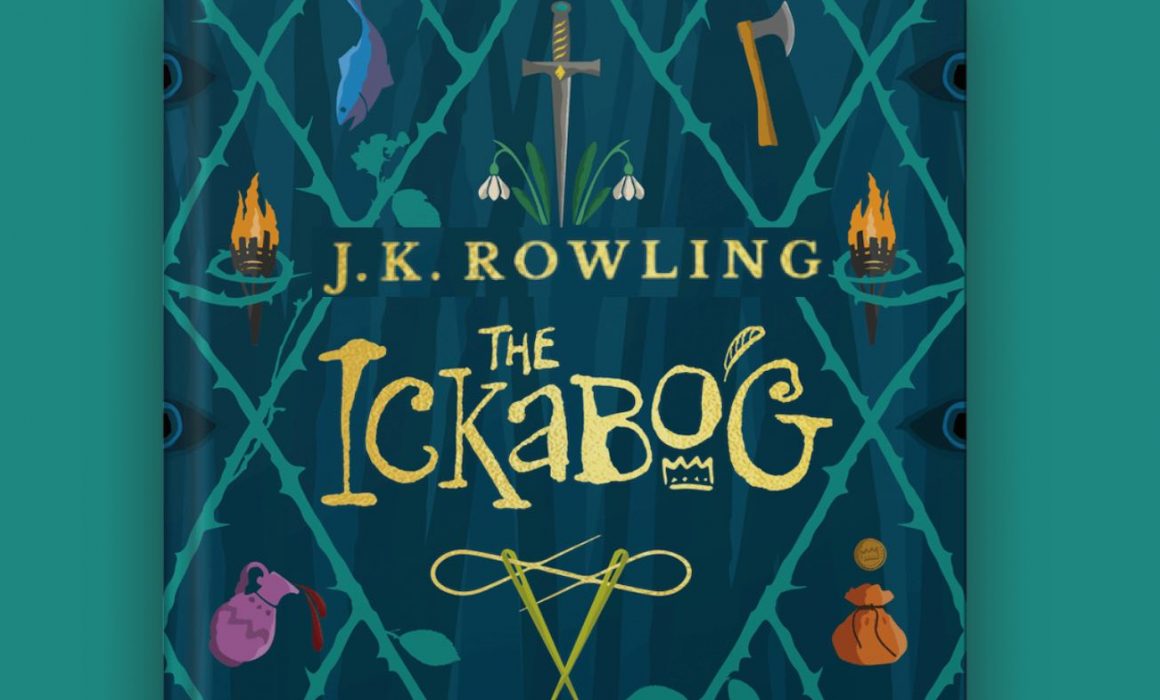 Happy 55th Birthday to J.K. Rowling, the author and humanitarian who bestowed the same birthday onto her famous boy-wizard character, Harry Potter. After writing the first of seven books in the series, Rowling went from a single mom supported by welfare to the world’s first female billionaire novelist.

DURING LOCKDOWN, Rowland dusted off a fairytale she’d created years earlier to read aloud for her little kids—chapter by chapter as she’d finish them. Entitled The Ickabog, it was offered the same way to children this spring in quarantine—with each chapter released one at a time for free on her website. In November 10, the book will be published in English (recommended for ages 7-9) and Rowling has pledged all author royalties from The Ickabog to COVID-19 charities. The illustrations were even chosen from kids’ artwork submitted during lockdown. LISTEN to chapter one and learn more… (1965)

Her artful wizarding fantasies became the best-selling book series in history, translated into 73 languages, but she’s not on the Forbes’ Billionaires list anymore because she gives so much to charity—particularly to multiple sclerosis, illiteracy, and child welfare charities—but also to the ‘tax man’, as a form of patriotism. She said, “I am indebted to the British welfare state… When my life hit rock bottom, that safety net, threadbare though it had become… was there to break the fall.”

And, on this day in 1957, Richard Starkey (later known as Ringo Starr) made his debut at The Cavern in Liverpool, playing drums with the Eddie Clayton Skiffle Group. John Lennon first appeared at the club a week later with The Quarry Men. Three and a half years later, Brian Epstein, who would become their manager, first saw The Beatles performing in this warehouse basement. The Fab Four went on to play 292 times in the underground pub, which was formerly a bomb shelter, but now is the most famous nightclub in the world.

Happy 76th Birthday to Sherry Lansing, who was named the president of 20th Century Fox in 1980 and became the first woman to head a Hollywood movie studio. A former math teacher, model, and actress, she was dissatisfied with her own acting skills, so decided to learn about the film industry. She started her own production company that created the box-office smash Fatal Attraction in 1987, for which she won a Best Picture Oscar nomination.  (1944)

Also on this day in 1968, The Beatles recorded the master track of a new Paul McCartney song ‘Hey Jude’. McCartney wrote the song originally as ‘Hey Jules’, to comfort John Lennon’s son, Julian, during his parents’ divorce. Working at Trident studios in London where they could access 8-track equipment, it became the first single for their new Apple Records—and more than seven minutes in length, Hey Jude spent nine weeks at number one on the U.S. charts, the longest for any Beatles single.

During the coda, which lasts for more than four minutes, they added a 36-piece orchestra—and not a particularly enthusiastic one. There was dissension among the classically-trained musicians, some of whom “were looking down their noses at the Beatles”. To bolster the energy and passion in their performance, McCartney finally stood up on the grand piano and began conducting them from there. On another take, the Beatles then asked the orchestra members if they would clap their hands and sing along during the fading refrain. All but one of the musicians complied (for a double fee). The one abstainer reportedly said, “I’m not going to clap my hands and sing Paul McCartney’s bloody song!”

The Beatles recorded the following promotional film, after the hit had been on sale in America for a week, enlisting an audience of around 300 local people, and grabbing fans outside Abbey Road Studios, to perform during the song’s finale. WATCH the video below, which was broadcast in the US on The Smothers Brothers Comedy Hour.