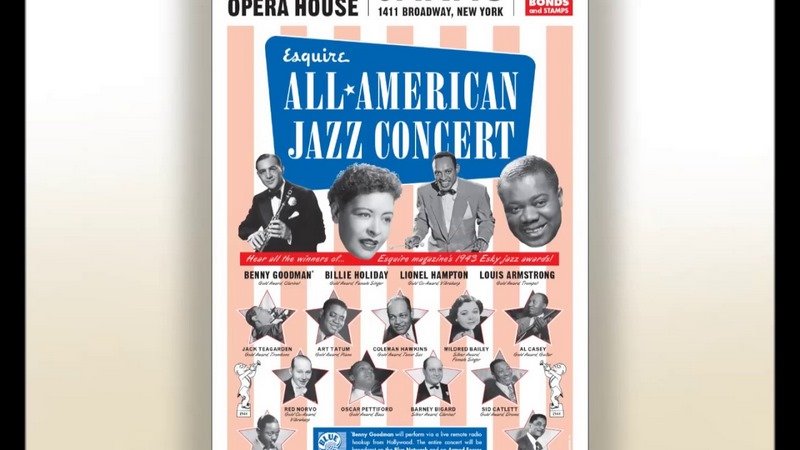 78 years ago today, the Metropolitan Opera House in New York City hosted its first-ever jazz concert. A star-studded lineup of performers were acquired from around the country to bring the once-discriminated musical genre to the highest echelons of American society, including Louis Armstrong, Billie Holiday, Lionel Hampton, Jack Teagarden, Mildred Bailey and Benny Goodman.

Sponsored by the National Women’s Council of the Navy League of the United States, New York City papers described the musicians as performing like “sober monarchs,” who were “too sedate” and “perhaps… awed by the fact they were playing in the tradition-filled Met.” Put on by Esquire Magazine, the “All-American Jazz Concert” raised $650,000 in war bonds from 3,600 attendees. It probably would never have happened if not for it being a war bond drive. LISTEN to the “best number” of the night… (1944)

“The imposing opera house never before housed such an audience,” the NY Daily News reported on January 19th, 1944. “Just picture swinging shoulders, cat-calls, squeals, screeching whistles and a rhythmic tattoo of hands while Sir Thomas Beecham was conducting, say, ‘Rigoletto.’ The surprised ghosts of Caruso and others must have rattled their bones as the sound waves of this modern music beat on their eardrums in the other world,” it wrote. 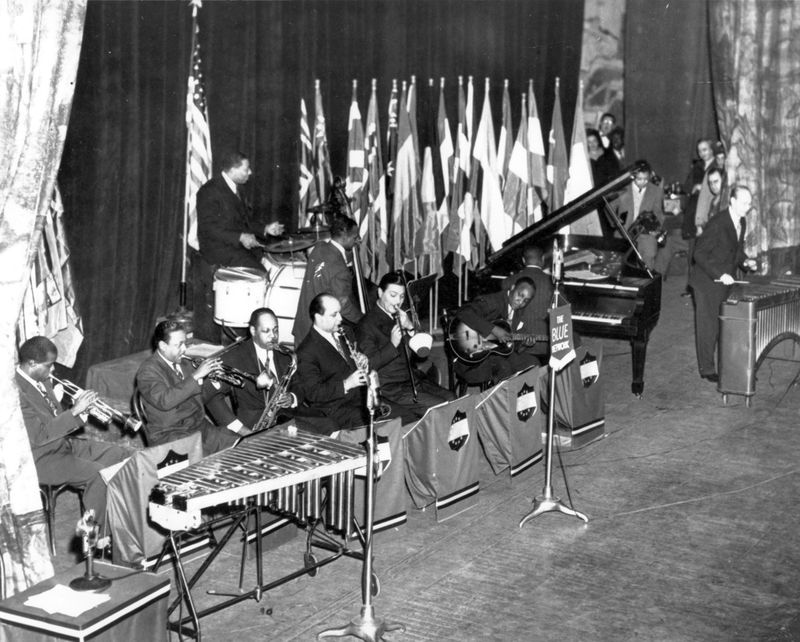 Another paper, The Billboard, ran a feature on American Jazz on the front page the following week, noting how “Jazz music is as indigenously American as corn whiskey,” and how “despite the propinquity, foreign musicians, for the most part have failed to get the hang of the beat and the lick, and only two Frenchman, Django Reinhardt and Stephane Grapelly, learned to swing their instruments our way. But critics, on the other hand, speckled the Old Country like dotted eighth notes.”

And 39 years ago today, the International Olympic Committee posthumously restored Jim Thorpe‘s Olympic medals, seven decades after he trounced his opponents with performances that still earn him the title of “greatest athlete of all time.” The two gold medals that he won in the multi-event pentathlon and decathlon were taken from him because he earned some money playing semipro baseball. 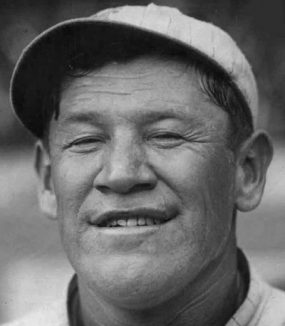 A Native American from Oklahoma, Thorpe was unrivaled as a college athlete who competed in football, baseball, track, lacrosse, hockey, handball, tennis, boxing, and even ballroom dancing. At the start of the year of the Stockholm games, 1912, Thorpe had never thrown a javelin or pole-vaulted, yet he placed third and fourth in the events. In fact, during the 1,500-meter race he crushed the field with a time that no one would beat for six decades. (1983)

111 years ago today, Danny Kaye, the actor, comedian, singer, dancer, and humanitarian was born in Brooklyn, New York. His physical comedy, childlike pantomimes, and rapid-fire novelty songs set him apart and fueled his rise in films, like White Christmas, co-starring Bing Crosby, The Secret Life of Walter Mitty, and The Court Jester.

He was the first ambassador for UNICEF in 1954 and received the French Legion of Honour for his decades of work traveling the globe for children. The experience of trying to entertain audiences who did not speak English inspired him to do the pantomime gestures and facial expressions that became his signature style.

In 1950, I’ve Got a Lovely Bunch of Coconuts, became a chart-topping hit. Two songs from his film Hans Christian Andersen—The Ugly Duckling and Wonderful Copenhagen—reached the top five on the UK pop charts. His wife, writer/lyricist Sylvia Fine, wrote many tongue-twisting songs for which Kaye became famous. But Danny was also highly improvisational, making things up on the spot, especially while hosting The Danny Kaye Show from 1963 to 1967, which won four Emmys and a Peabody award. He also won two Golden Globes for Best Actor. (1911)

And, Happy Birthday to actor, director, producer, and musician Kevin Costner, who turns 67 today. His love of baseball has enriched us all, through stellar films like Field of Dreams, Bull Durham, and For Love of the Game.

He rose to prominence in Hollywood with his 1987 portrayal of Eliot Ness in The Untouchables, which was followed by a string of movie successes, like No Way Out, Robin Hood: Prince of Thieves, JFK, and The Bodyguard. His 1990 masterpiece, Dances with Wolves—which he directed, produced, and starred in—was nominated for 12 Academy Awards and won 7, (two for Costner) including Best Picture, Best Director and Adapted Screenplay.

He also won three Golden Globes, an Emmy (for his portrayal in the TV miniseries Hatfields & McCoys), and a pair of Screen Actors Guild Awards—one in 2016 for playing the NASA director in Hidden Figures.

In 2018 he was cast as a rancher and family patriarch in the Paramount TV drama series Yellowstone. WATCH the trailer below…

Costner became a singer in Kevin Costner & Modern West, a country rock band, seen on YouTube, that he founded 15 years ago with the encouragement of his wife Christine.  (1955)