Happy Birthday to Warren Buffet, the Oracle from Omaha, who turns 90 years old today. He rose from working in his father’s store and delivering newspapers to becoming a multi-billionaire and the most successful American investor of the 20th Century.

He has gifted $37 billion in donations to charity efforts in just the past 14 years—and he co-founded the Giving Pledge, where he and other wealthy people promise to give away all their wealth before they die. (1930)

On this day in 1967, Thurgood Marshall was confirmed as the first black judge named to the U.S. Supreme Court. 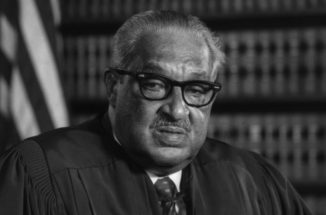 He was best known for the high success rate achieved when he argued before the highest court in the land— particularly the victory in Brown v. Board of Education, a 1954 decision that ruled segregated public schools to be unconstitutional. Born in Baltimore, Maryland and descended from slaves, his middle class parents instilled in him “an appreciation for the United States Constitution and the rule of law.” 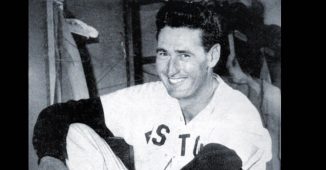 And, on this day in 1918, perhaps the greatest baseball hitter of all time was born. Playing his career with the Boston Red Sox, Ted Williams was one of only two athletes ever to win two Triple Crowns (leading a league in batting average, home runs, and runs batted in). His career on-base percentage, .482, was the highest of all time. No player since Williams in 1941 has posted a batting average, over .400 in a season. He missed five prime years on the field because he chose to serve in WWII and the Korean War as a bomber pilot. Upon his return to sports at age 39 and 40, he was the AL batting champion for the fifth and sixth time. He wrote a book called, The Science of Hitting, and was featured on PBS’s American Masters series. 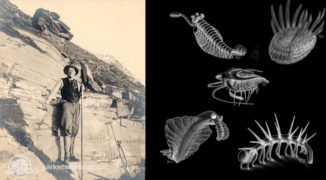 111 years ago today, the American paleontologist and geologist Charles Walcott discovered a treasure trove of fossils in the Burgess Shale tucked high in the Canadian Rockies. Famous today for having perfectly preserved the soft parts of its half-billion-year-old fossils (middle Cambrian), the limestone deposit is oneof the earliest fossil beds of its kind.

The 59-year-old former administrator of the Smithsonian Institution returned the following year to establish a quarry on the flanks of Fossil Ridge and uncovered a plethora of organisms new to science. In 15 years he had amassed over 65,000 specimens from the area, including imprints of animals with bizarre anatomical features that only slightly resembled other known species, including the Opabinia, with five eyes and a snout like a vacuum cleaner hose.

Describing all the fossils—which were created when the land mass was still part of a massive underwater reef in the Pacific Ocean—remained a vast task that Walcott pursued until his death 17 years later. WATCH a video of “the world’s most important fossil find”… (1909)