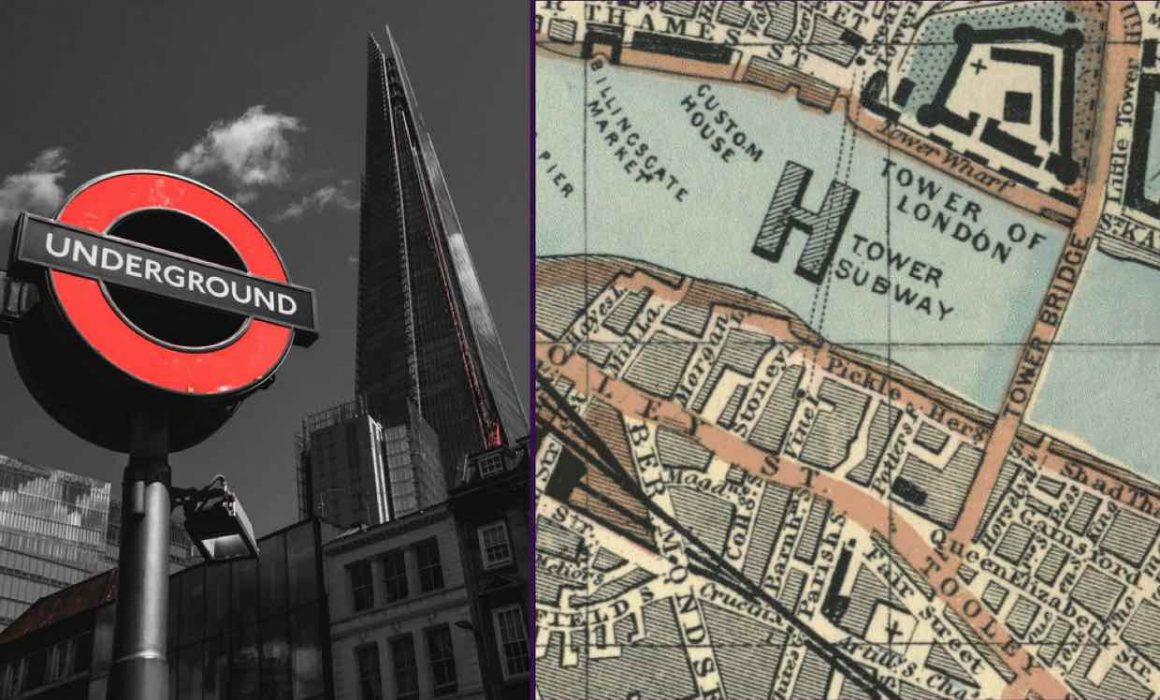 150 years ago today, the world’s first underground tube railway, the Tower Subway, opened in London, a wonder of the Victorian age. The quarter-mile-long tunnel under the Thames River was excavated in less than a year, thanks to the project’s civil engineer James Henry Greathead who invented a cylindrical, iron tunneling shield technology that still forms the basis of modern machines used to burrow tunnels today. 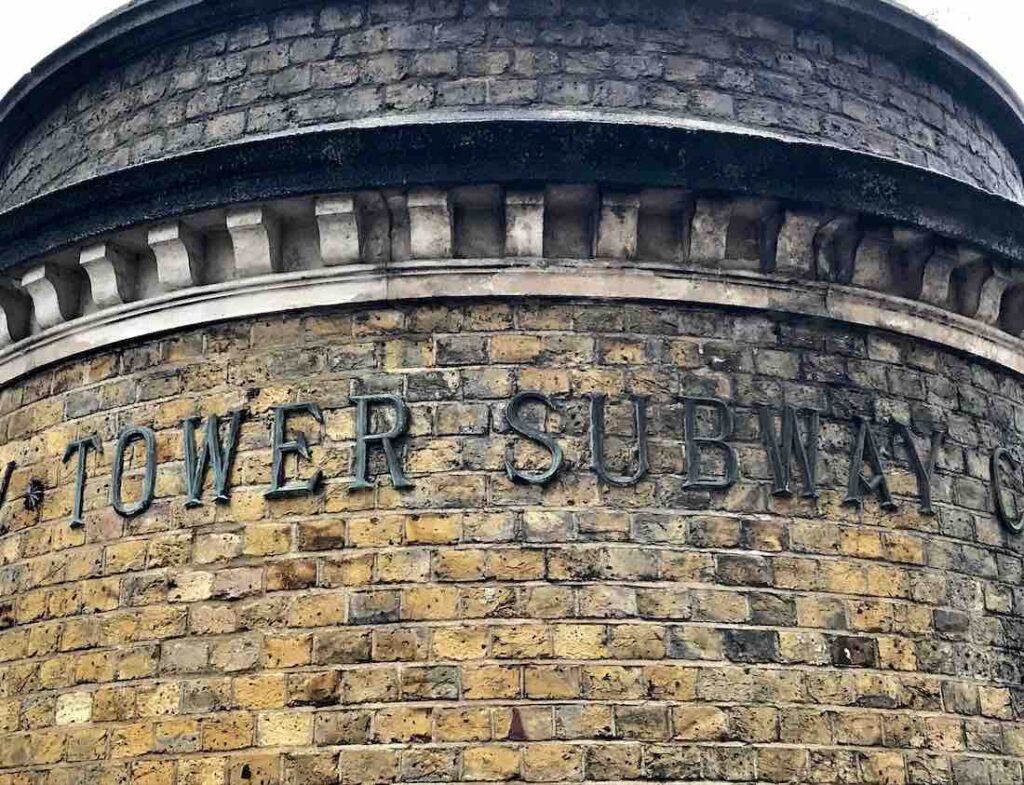 Though closed to the public in 1898, the passageway with its small brick entrance still stands near the Tower of London. In just 70 seconds, 12 passengers at a time could be moved from the north to the south bank while 22 feet beneath the riverbed in a rail car pulled by a steel cable powered by stationary steam engines on either side. (1870) (Entrance photo by Matt Brown, CC license) 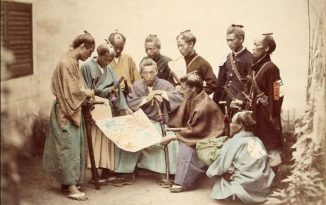 On this day in 1869, Japan abolished its Samurai class system. Under the massive reforms of the Meiji Restoration (meiji means “enlightened rule”), all feudal class privileges were abolished, ending the traditional Confucian hierarchical order that had persisted since 600 AD. Under the caste system, society’s classes were not arranged by wealth but by usefulness. Peasants came second because they produced the most important commodity, food; third were Artisans because they produced nonessential goods; and Merchants were at the bottom of the social order because they generated wealth without producing any goods.

One of the primary differences between the samurai (pictured above) and peasant classes was the right to carry swords; this ancient privilege was suddenly extended to every male in the nation. 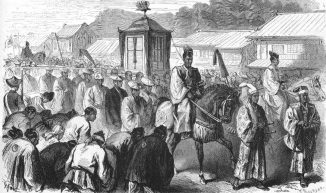 After the Meiji reforms, which restored direct political power to the emperor for the first time in over a millennium—by seizing control of hundreds of disparate territories and establishing a constitution—Japan underwent a period of sweeping political, military, and social reform. The island nation, with its new capital Tokyo, rapidly industrialized its production methods and became the first Asian state to westernize itself, adopting policies such as creating a national system of public schools.

And, on this day in 2004, Eric Clapton bought a 50% share in Cordings to save the historic British gentleman’s outfitters, based in London since 1839, from closure. The guitarist said he had been fond of the West End shop since a window display of a tweed suit caught his eye when he was 16, and he became a regular shopper there. Cordings was the originator of the Covert coat and the Tattersall shirt and made riding boots for the Queen Mother.

Also, on this day in 1973, American Graffiti, the first successful film directed and co-written by George Lucas, premiered. The coming-of-age comedy starring Richard Dreyfuss and Ron Howard also featured Harrison Ford, a young actor who had become a professional carpenter because acting roles weren’t paying the bills. (The gig profoundly changed his career as he was cast in Lucas’s next film, Star Wars.) An Oscar Best Picture nominee, American Graffiti was produced with a tiny budget of $777,000, and became one of the most profitable films of all time.

Set during a single night in 1962, the film glimpses the car-cruising, rock-and-roll culture popular among teens of the post–World War II baby boom generation—and it was the inspiration for Happy Days, the hit TV comedy series also starring Ron Howard. WATCH a clip with the young Harrison…