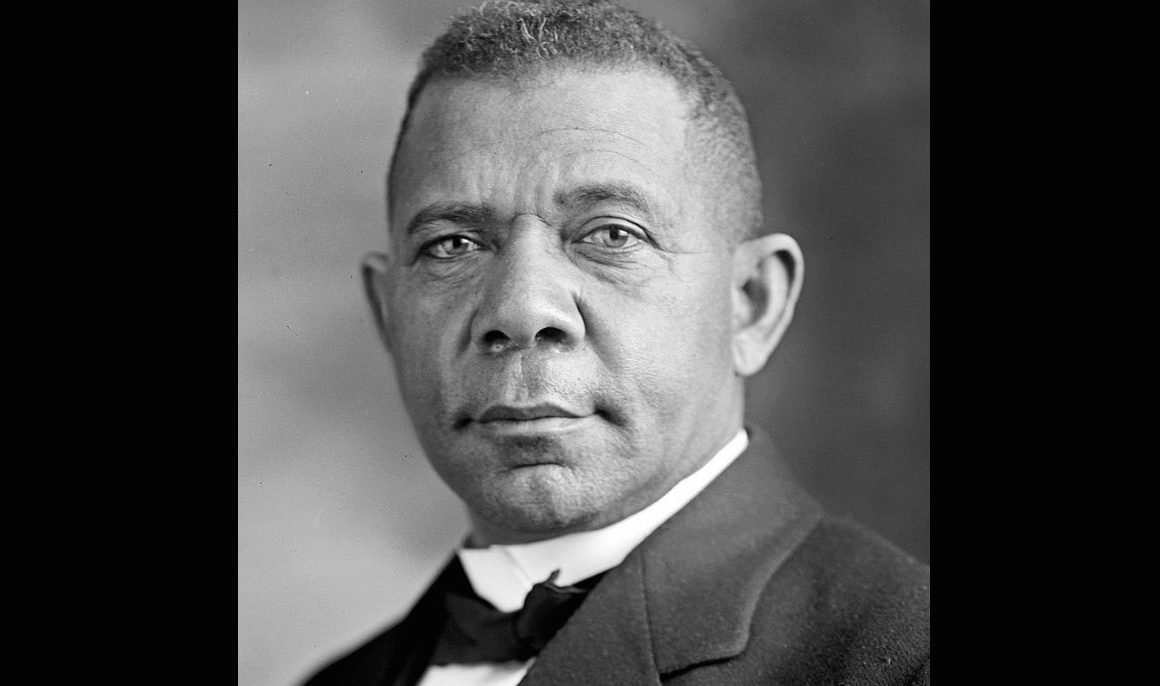 165 years ago today, the distinguished educator, author, and advisor to presidents, Booker T. Washington, was born. Part of the final generation of black Americans born into slavery, he attended college in Virginia before being named head of the newly established black college, the Tuskegee Institute.

At age 39, when Southern lynchings reached a peak, Washington gave a speech, known as the “Atlanta compromise”, calling for black progress through education and entrepreneurship, rather than directly challenging Jim Crow segregation and disenfranchisement.

He mobilized a nationwide coalition of middle-class blacks, church leaders, and white philanthropists and politicians, with a long-term goal of building the community’s economic strength and pride by a focus on self-help and schooling, culminating in his 1901 autobiography Up From Slavery. READ his inspiring quotes… (1856)

– Success is to be measured not so much by the position that one has reached in life as by the obstacles which he has overcome.
– If you want to lift yourself up, lift up someone else.
– Excellence is to do a common thing in an uncommon way.
– No race can prosper till it learns that there is as much dignity in tilling a field as in writing a poem.
– I will permit no man to narrow and degrade my soul by making me hate him.
– You can’t hold a man down without staying down with him.
– Few things can help an individual more than to place responsibility on him, and to let him know that you trust him

Also, 407 years ago today, the first interracial marriage was recorded in North America. Pocahontas, the native American daughter of Chief Powhatan, married colonist John Rolfe from the English settlement of Jamestown. Pocahontas’s descendants, through their son Thomas, include members of the First Families of Virginia, First Ladies Edith Wilson and Nancy Reagan, and astronomer Percival Lowell. (1614)

And, 299 years ago today, “Easter Island” was first discovered and recorded by a European visitor. The Dutch explorer Jacob Roggeveen named it so because he encountered it on Easter Sunday.

The large stone statues, or moai, for which Easter Island is famous (click to enlarge the photo), were carved by natives there, between 1100–1680, using solidified volcanic ash found near an extinct volcano. A total of 887 monolithic stone statues have been inventoried, with many having torsos ending at the top of the thighs, although a small number are complete figures that kneel on bent knees with their hands over their stomachs. Each sculpture represented the deceased head of a lineage and required a couple hundred men to relocate it to other parts of the island. Some of the largest weighed 82 tons and were placed upright upon stone platforms facing the ocean. (1722)

Also, 72 years ago today, Fireside Theatre debuted, the first successful filmed series on American television. The anthology drama series that ran on NBC for nine years was low budget and sometimes written by freelance writers such as Rod Serling (who later created The Twilight Zone) and Ray Bradbury. The show was later named for one of the hosts, Jane Wyman, but it remained in the top ten most popular shows for most of its run—and predated the other major pioneer, I Love Lucy, by two years. (1949)

On this day 121 years ago, the Hollywood tour de force Spencer Tracy was born in Milwaukee. 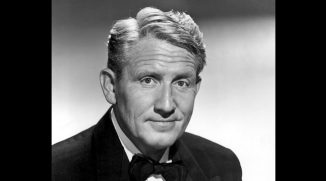 Only two leading men have been nominated for more Oscars than Tracy, who tied Paul Newman with nine award worthy performances (Jack Nicholson with 12 and Laurence Olivier with 10). In the 1930s, his career flourished, winning two consecutive Academy Awards for Best Leading Actor in 1937 for Captains Courageous, and in 1938 for Boys Town.

In 1942, he appeared with Katharine Hepburn in Woman of the Year, beginning a partnership (both on screen and in private) that lasted 25 years and led to nine incredible movies, including his last film—Guess Who’s Coming to Dinner—which was completed just 17 days before he died in 1967 of heart disease and diabetes. WATCH a 5-min tribute by Turner Classic Movies… (1900–1967)