117 years ago today, the Carnegie Hero Fund’s governing Deed of Trust was adopted. The Carnegie Hero Fund recognizes those who perform extraordinary acts of heroism in civilian life, and provides financial assistance to the survivors of those killed or disabled in the act of attempting to save others. It was set up with a trust fund of $5 million in Pittsburgh, Pennsylvania, by the Scottish-American industrialist and philanthropist Andrew Carnegie.

Carnegie was inspired by Selwyn Taylor and Daniel Lyle, who gave their lives in rescue attempts following the explosion at the local Harwick Mine, which claimed 181 lives, including Taylor and Lyle, who were killed while rescuing the only survivor. Greatly touched by their sacrifice, Carnegie had medals privately minted for their wives and children, and within two months he wrote the Hero Fund’s governing Deed of Trust.

Since then, more than 10,000 Carnegie Medals have been awarded, with the Fund paying $40.5 million in grants, scholarships, death benefits, and other aid. About one-quarter of the bronze medals have been given to heroes who died in the service of others. A verse from the Gospel of John encircles the outer edge of the medal: “Greater love hath no man than this, that a man lay down his life for his friends” (or, more saliently, to strangers).

Carnegie expanded his concept to honor heroes beyond North American—to nine European countries. SEE the requirements to nominate a hero… (1904)

The organization receives each year about 800 nominations, and about 11 percent will receive notification of their submission and awards. Here are the requirements.

Today is the anniversary of the birth of Leonardo da Vinci, the artist, inventor, polymath, musician, and architect who painted the Mona Lisa and The Last Supper. Leonardo kept notebooks — 3,500 pages of drawings, engineering designs, and scientific notations — and much of it was written backward, so that it could only be legible when held up to a mirror. (1452) 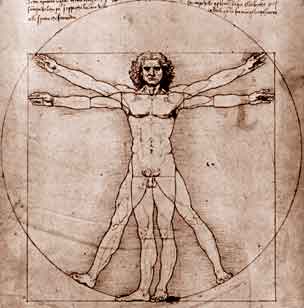 And, 74 years ago today, years before the Civil Rights Movement gained prominence in the news, Jackie Robinson broke baseball’s color barrier becoming the first black player on any Major League Baseball team, debuting at first base for the Brooklyn Dodgers. His talent earned him the Most Valuable Player award in the league two years later.

Every year on April 15, Jackie Robinson Day is honored across the nation with every major league player wearing a #42 jersey. The Ken Burns documentary,  Jackie Robinson, debuted April 11, 2016 on PBS stations. (1947)

Also, 61 years ago today, Ella Baker led a meeting at Shaw University in Raleigh, North Carolina that resulted in the creation of the Student Nonviolent Coordinating Committee, which became a driving force for whites and blacks in the Civil Rights Movement of the 1960s.

SNCC (“snick”) attracted many supporters in the North who helped raise funds to pay salaries for SNCC’s activists across the South. The group played a major role in the sit-ins, freedom rides, and the 1963 March on Washington, demonstrating that ordinary women and men, young and old, could create extraordinary change. (1960)

Happy 62nd Birthday to the beloved British actress, writer, and comedian Emma Thompson. She won two Academy Awards (the only person ever to win both)—one for Best Actor for the 1992 film Howards End, and another for Best Adapted Screenplay for her script Sense and Sensibility in 1995, which she also starred in. Her other film credits include The Remains of the Day, In the Name of the Father (both earned her Oscar nominations), Saving Mr. Banks, Much Ado about Nothing, Nanny McPhee, Love Actually, and Stranger than Fiction (with Will Farrell).

Thompson herself was the first female member of the sketch comedy troupe ‘Footlights’ at Newnham College. Though she started out doing stand-up comedy, she became one of Britain’s finest actors. Dame Emma Thompson was awarded an order of the queen when she turned 60.

“I’ll tell you what I think is interesting about 60,” she said on The Ellen DeGeneres Show two years ago. “All the roles that have been imposed upon you by society since you were born, from gender roles to mom, whatever they are, start to sort of fray at the edges… I have never really asked, because I always thought it was a bit lame, but ‘Who am I, actually?’ I think this decade will be fascinating.”

She’s also written several books adapted from The Tale of Peter Rabbit.  WATCH the trailer for her 2020 film Late Night… (1959)