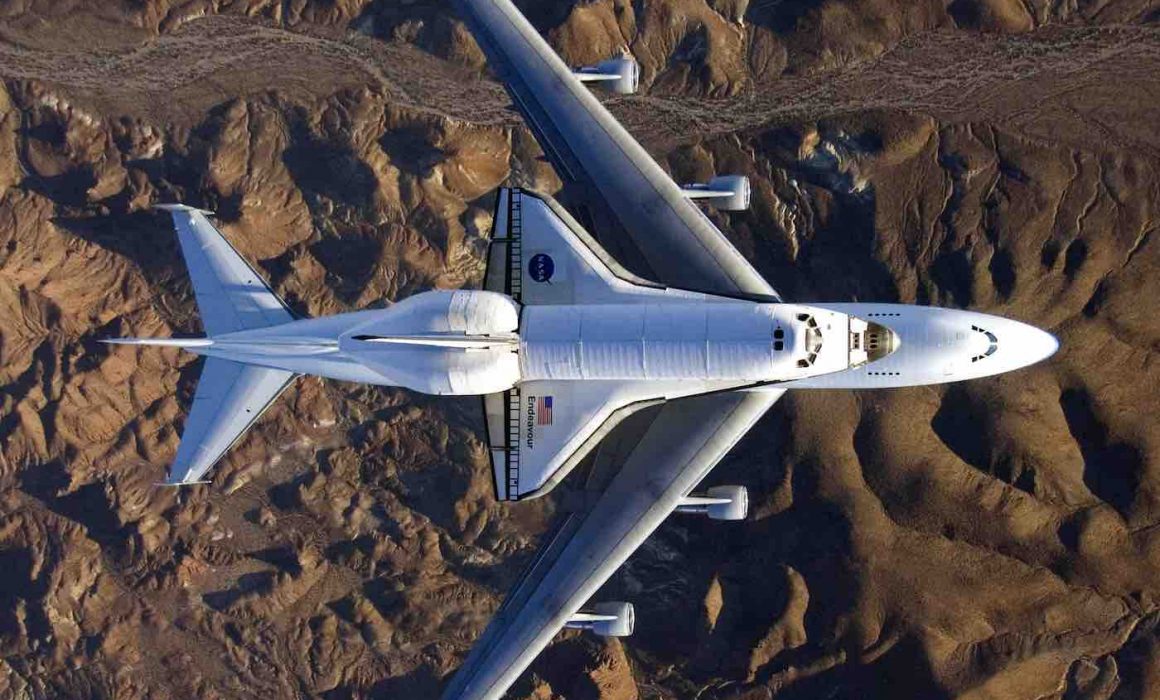 40 years ago today, the first NASA Space Shuttle made a picture perfect landing on a desert runway demonstrating the genius a reusable rocket.

Columbia, successfully launched two days earlier on the 20th anniversary of the first human spaceflight (Russia’s Vostok 1), orbited the Earth 36 times before making its beautiful ‘unpowered’ landing on the dry lakebed runway at Edwards Air Force Base in California.

The maiden voyage was commanded by John Young, a veteran from the Gemini and Apollo programs who, in 1972, was the ninth person to walk on the Moon, and was piloted by first-time astronaut Robert Crippen. Five years into its service, Columbia also carried the first sitting member of Congress to venture into space, Bill Nelson.

Named after the command module of Apollo 11 (first crewed Moon landing), Columbia went on to serve for over 22 years, completing 27 missions in space, before a second accident led to the retirement of all five of the Space Shuttle orbiter vehicles: Enterprise, Challenger, Discovery, and Atlantis in 2010. Together, they flew a total of 135 missions over 30 years, launching satellites, interplanetary probes, and the Hubble Space Telescope. They also participated in the Shuttle-Mir program with Russia, and served as a delivery vehicle for the International Space Station.

One of the fascinating things about the Shuttle fleet occurred after they would land—the orbiter would be flown back to the Kennedy Space Center on the back of a specially-modified Boeing 747 jet. (1981)

And, 155 years ago today, Anne Sullivan was born, the gifted teacher of the blind who famously broke through to Helen Keller and taught her how to speak and read and write. 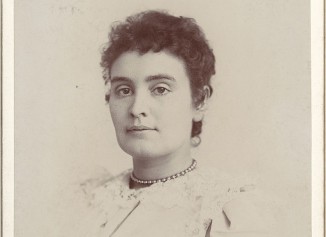 Sullivan lost most of her eyesight to disease while growing up, which made it easy for her, at age 20, to relate to her famous pupil. Their story was portrayed in the 1962 award-winning film The Miracle Worker, based on The Story of My Life, the 1902 autobiography of Helen Keller, including the breakthrough moment when Keller learns the words CAKE and DOLL. (1866)

Also, 18 years ago today, the Human Genome Project announced it had finally reached its goal of sequencing the 3 billion DNA letters in the human genome. Considered to be one of the most ambitious scientific undertakings of all time—even compared to splitting the atom—Dr. Francis Collins led the 13-year international project coordinated by the U.S. government. All the data from the unique collaboration was published online–for free to anyone, even though it cost $3 billion in mostly U.S. funding. Thanks to the work of these one thousand scientists, we now have a way to target cancer and other diseases without harming healthy cells.

Collins, the American physician-geneticist had earned a reputation as a ‘gene hunter’ earlier, when he discovered the specific genes associated with a number of diseases. He later wrote the New York Times bestseller, The Language of God. (2003) 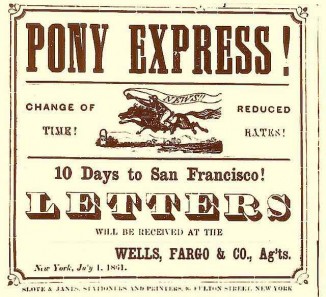 On this day 161 years ago, the first Pony Express delivery arrived at its San Francisco destination eleven days after departing St. Joseph, Missouri—a delivery time that many said was impossible—establishing a speedy transcontinental service for newspapers, mail, and small packages. The legendary service employed 120 riders, 184 relay stations, 400 horses, and several hundred personnel at its peak, to carry the mail approximately 1,900 miles across the Great Plains, over the Rocky Mountains and the Sierra Nevada range. (1860)

Vital for the new state of California, the Pony Express service drastically reduced the travel time for messages between the Atlantic and Pacific coasts and William Cody, aka Buffalo Bill, was one of their best riders. Cody, just 16-years-old, once rode 322 miles in less than 22 hours using 21 different horses, after a relay rider had been killed. Seven months later, California’s newspapers received word of Lincoln’s election only seven days and 17 hours after the East Coast papers, an unrivaled feat at the time.

Upon employment, each driver was presented with a special edition Bible upon which they were to swear that during their engagement, they would “under no circumstances” use profane language, drink intoxicating liquors, quarrel or fight with any other employee of the firm—and in every respect conduct himself honestly and faithfully to his duties to win the confidence of his employers. (1860) 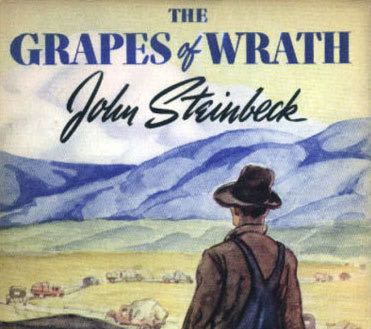 And, 82 years ago today, John Steinbeck’s Pulitzer Prize-winning novel The Grapes of Wrath was published, a story he wrote after interviewing displaced migrants who escaped the Dust Bowl (a period of severe dust storms that greatly damaged the ecology of the Midwestern prairies during the 1930s and the Great Depression). The book won the National Book Award and the Pulitzer Prize for fiction and soon after was made into a celebrated Hollywood film starring Henry Fonda.

Called the Great American Novel, it was also likely the most thoroughly discussed and debated story in 20th century American literature. At the time of publication, Steinbeck’s book was a phenomenon on the scale of a national event—selling out everywhere, in high demand.

The novel focuses on the Joads, a poor family of tenant farmers driven from their Oklahoma home by drought and bank foreclosures forcing farmers out of work. Due to their nearly hopeless situation, and in part because they are trapped in the Dust Bowl, the Joads set out for California, along with thousands of others seeking jobs, dignity, and a future. WATCH a video… (1939)