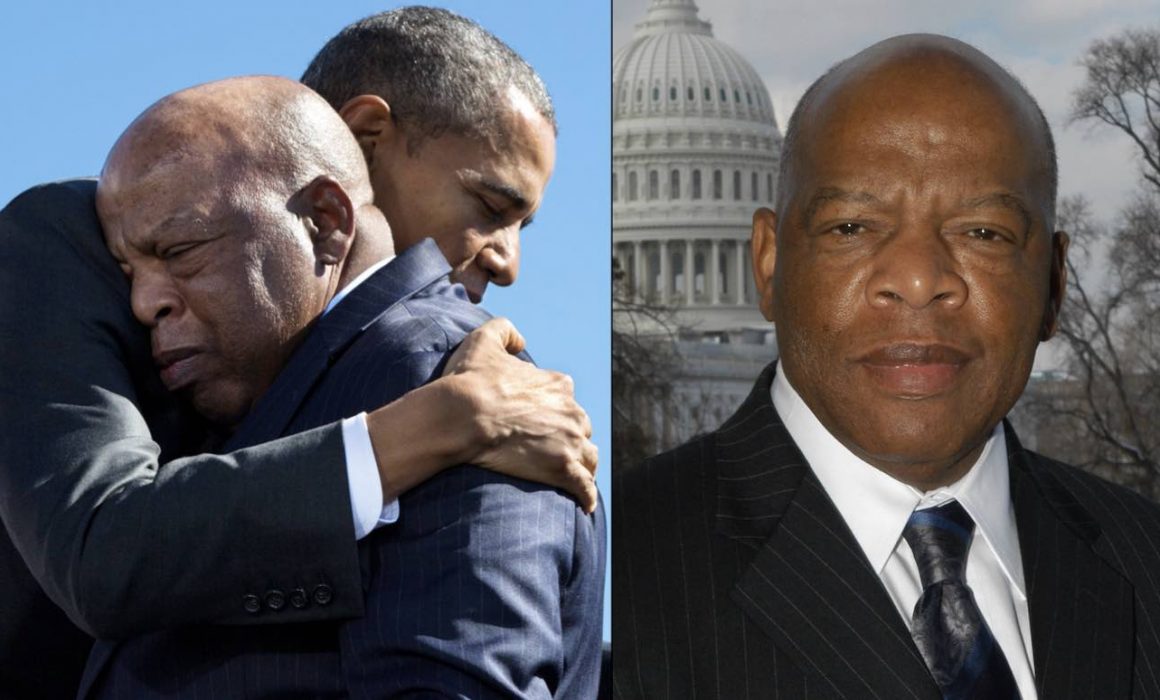 Four former presidents honored Congressman John Lewis at his funeral in Atlanta, Georgia, on Thursday, but none could match the eloquence of Lewis himself who wrote a letter to the nation, offering his final words, in the wake of his months-long battle with stage 4 pancreatic cancer.

“While my time here has now come to an end, I want you to know that in the last days and hours of my life you inspired me,” he said, of the recent rallies in support of racial equality. “You filled me with hope about the next chapter of the great American story when you used your power to make a difference in our society.”

“Democracy is not a state. It is an act, and each generation must do its part to help build what we called the Beloved Community, a nation and world society at peace with itself,” wrote the Civil Rights Movement giant in his essay, published in the New York Times on July 30, the day of his funeral.

“Ordinary people with extraordinary vision can redeem the soul of America by getting in what I call good trouble, necessary trouble.”

“Though I may not be here with you, I urge you to answer the highest calling of your heart and stand up for what you truly believe. In my life I have done all I can to demonstrate that the way of peace, the way of love and nonviolence is the more excellent way. Now it is your turn to let freedom ring.”

“When historians pick up their pens to write the story of the 21st century, let them say that it was your generation who laid down the heavy burdens of hate at last and that peace finally triumphed over violence, aggression and war,” Lewis continued.

“So I say to you, walk with the wind, brothers and sisters, and let the spirit of peace and the power of everlasting love be your guide.”

A close comrade of Martin Luther King, Jr., he was the last surviving person to have spoken during the 1963 March on Washington For Jobs and Freedom. Lewis’ signature achievement was the passage of the Voting Rights Act of 1965. He had his skull fractured that same year while marching with King, leading more than 600 peaceful demonstrators across the Edmund Pettus Bridge in Alabama in a rally for those rights.

A Georgia statesman reelected to the House of Representatives every two years since 1987, Lewis died on July 17 at age 80.

SHARE These Inspiring Last Words With Friends on Social Media…